Is the future just one long hot summer? 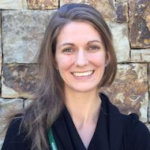 Global climate change is predicted to increase the frequency and impact of natural disasters and exacerbate underlying determinants of poverty [1]. Extreme heat events [2] are one type of disaster that is already becoming more frequent and resulting in globally widespread effects on human health. Its effects are ubiquitous and deadly. The impacts of recent heat waves have been devastating – the death toll of the European heat wave of 2003 is estimated at 70,000 [3] and the Northern Hemisphere heat wave of 2010 claimed 11,000 lives in Russia alone [4]. In 2010 a heat wave in Gujarat, India claimed 4000 lives. In 2003 a heat wave in Andhra Pradesh claimed 3000 lives [5] and in 2015 a heatwave killed 3700 in Pakistan and India [6]. And the list goes on… Global warming has resulted in an average increase 0.8 degrees Celsius over the past century, and it is estimated to be responsible for 75% of heat waves [7].

Heat illness is a disease of physiologic, geographic and socioeconomic vulnerability. As we have learned from prior heatwaves, populations at high risk for adverse effects of heat exposure are those most vulnerable; they include older adults, children, outdoor laborers, the chronically ill, socio-economically disadvantaged groups, the mentally ill and socially isolated individuals [8-11]. And the burden is more severe in less developed regions of the world. The adverse health effects during heat waves encompass outright heat stress and heat stroke as well exacerbation of cardiovascular and respiratory disease [12], and an increase in all-cause mortality [13].

Geographic factors lead to vulnerability on a global and regional scales. Whereas heat events in the western world tend to receive extensive media attention, there is a paucity of reporting and investigation in the developing world, where heat wave mortality may currently be underestimated [14]. Adding to this burden is a dearth of resources to treat acute heat related illness and enact preventative measures in low-resource environments. On a regional scale, heat-related health impacts have been found to be highest among rural populations [15], as well as within urban centers where the “urban heat island effect” (heat compounding process caused by concrete, industrial heat production and poor ventilation) can raise temperatures a further 3.9 to 6.6° C [16] during the day and prevent nighttime cooling. The number of geographically vulnerable communities is on the rise. According to the UN World Urbanizations Prospects 2011 Revision, globally, the level of urbanization is expected to rise to 67% by 2050 with the majority of this population increase in cities of the developing world [17].

Early policy investment in prevention and preparedness is the most cost-effective strategy to mitigate these effects. Strong, multilateral efforts which engage the policy community, the public health sector and the health care community at international, national and local levels is needed.

The first step is identifying the scope of impact of heat illness. Heat exacerbates a wide range of medical conditions, resulting in a variety of symptoms, and thus is often mis-categorized, resulting in under-reporting [15]. It may be possible to increase reporting by raising awareness among health care providers and by increasing public health messaging in vulnerable geographic areas and within vulnerable populations.

Next, both country wide and regional vulnerability mapping could be performed to enable targeted and efficient primary preventative interventions. Current methods of vulnerability mapping rely upon demographic profiling as well as satellite remote sensing instruments that can monitor land temperatures to a level as granular as a neighborhood [18]. Mobilization of national resources (demographic databases, weather mapping and satellite technologies) may help to identify vulnerable communities. Once areas are deemed “vulnerable,” a “boots on the ground” approach may be needed to more finely delineate specific at-risk neighborhoods and individuals and to engage the help of the local health care system.

Next, comprehensive heat actions plans, including consideration of activation criteria, specific regional concerns, high risk populations and health-system readiness could be developed with engagement of agencies at local and national levels. For the individual, the effect of heat on physiology varies depending upon the temperature a person has adapted to live at and their underlying medical vulnerabilities. “Heat waves” technically refer to sustained temperatures above 40 degrees Celsius OR sustained temperatures above 5-6 degrees above the normal maximum regional temperature [7]. However, heat vulnerability depends not only upon air temperature but on variables including underlying chronic illness, access to cooling, work behavior, and location (urban vs rural). Thus, heat action plans might vary geographically and demographically and perhaps contain different thresholds for activation for different populations.

Our ability to adapt is dependent on our ability to evolve. In this case what is needed is a behavioral evolution on behalf of our policy community and engagement of collective action in order to increase our capacity to live on a rapidly changing planet.