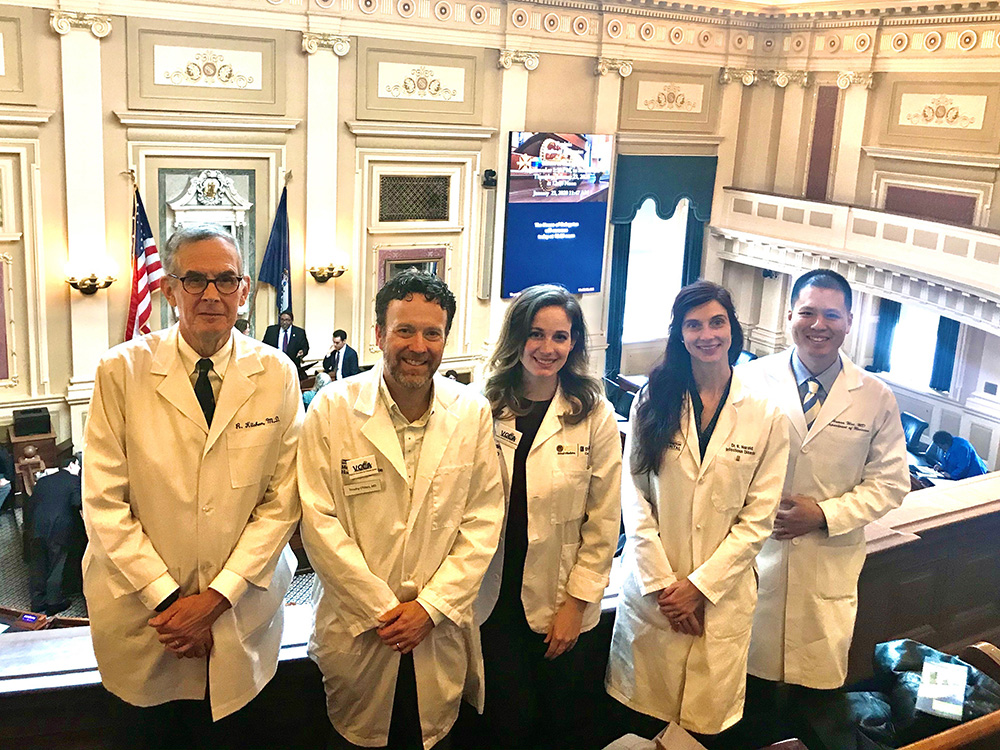 After some 40 years of walking the halls of medical centers, Dr. Robert Kitchen has a new place to walk – the halls of capitol buildings. The family physician has turned lobbyist, trying to make lawmakers compliant with a prescription for environmental health.

“As anybody who would hear more and more about the concerns of climate change, I became more aware or sensitive to it,” Dr. Kitchen says. “Sometimes I would cringe when I heard even some of my physician counterparts downplay the significance of climate change.”

Looking for his best way to make an impact, he joined Citizens’ Climate Lobby, which works on building the political will for climate solutions. He’s continued the work and is active now with Virginia Clinicians for Climate Action, an affiliate of the Medical Society Consortium.

Living in Fairfax Station in Northern Virginia, Dr. Kitchen can reach Congress on Capitol Hill and the Virginia General Assembly on Richmond’s Capitol Square. As a result, he gets to try to influence decisionmakers.

In Congress, that’s usually aides to the lawmakers; in the legislature, it’s often the lawmakers themselves. Either way, he says, some basic principles apply. And those principles are not very different from patient interactions. “It’s hard to argue against protecting one’s health,” he says.

One is that, to create trust, create a relationship – have something in common that you can build on. “It’s often very effective to deliver personalized experience with this,” Dr. Kitchen says. For instance, the link could be through one of the lawmaker’s own doctors, or through a climate-related disease that an aide already had.

But schmoozing is not sufficient. Lawmakers and aides have little time and a lot of people to talk with. Dr. Kitchen recommends focusing in advance on what you want from the meeting, have talking points prepared, and sticking to the prime message.

And, despite the worsening disaster of the climate crisis, you’ll do better when you can point to solutions, Dr. Kitchen says: “It’s good to have an optimistic approach.”