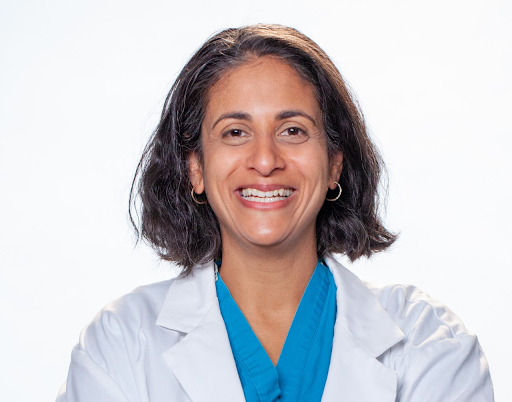 January marks the start of a momentous new year for climate action and, for the Consortium, a change in leadership. Dr. Mona Sarfaty, our founding Executive Director, retired at the end of 2022, having created the largest climate and health organization in the country. Dr. Lisa Patel, a practicing pediatric hospitalist and clinical assistant professor, has stepped into the position, bringing with her nearly two decades of experience in medicine and environmental science.

Dr. Patel joins the Consortium from the Stanford School of Medicine. A mom of two young children, her climate advocacy is deeply rooted in a desire to create a healthier and more equitable future. Read on to learn about Dr. Patel’s climate and health journey, her goals for the Consortium, and how she is feeling about the year ahead.

What brought you to the climate and health movement and ultimately to the Consortium?

Patel: Before I became a pediatrician, I was an environmental scientist, and in that role, I started to understand how much environmental forces affected children’s health. That’s what actually brought me into pediatrics — the disconnect between how much the environment played a role in children’s health and how little this was centered in our education and advocacy efforts. So, I became a pediatrician and had my kids, and I thought I would have time to work on climate change later — until 2016 happened and we pulled out of the Paris Climate Accords. I suddenly realized that there was no time. As a mom to two young kids, it became very urgent for me to get involved. At the same time, I was watching Greta Thunberg and the youth activists around the world and thinking to myself, “This is no way for any child to be spending their youth.” No child should be left protesting in the street because the adults have failed them. That’s what really brought me into the movement.

When I started doing more and more work in the field of climate and health, I met up with two physicians who were also moms to young children in the Bay area — Ashley McClure and Amanda Millstein — and we started doing a lot of work together. They started Climate Health Now, and I was initially working with them on that effort, and that’s how I learned about the Consortium. When this opportunity came up, I was excited to take on the role.

How does your experience as a pediatric hospitalist inform your climate work?

Patel: I work in a small community hospital, and for years now, we have been seeing the impact of wildfires and heat on our children and families. In the beginning, it was scattered cases. It was toddlers left in cars where the parents didn’t realize how quickly it could get hot indoors. It was athletes who got worked a little harder than they should have with these small temperature increases that their bodies aren’t adapted to handle. And now, I’m seeing more asthma, pneumonia, preterm labor, and severe dehydration — and we know all of those outcomes are supported in the literature as being linked to the impacts of climate change.

What do you see as the key opportunities for climate and health advocacy this year? How will the Consortium mobilize around these issues?

Patel: The Consortium will carry on in three broad buckets, which have organized our work to date. The first is growing and diversifying the movement. This means helping to grow our state clinician groups and expanding into states where there may not be an organized effort. We also understand that the climate movement historically has not been diverse, so there’s work to be done to really elevate the voices of those who are representing communities that have been the most impacted by climate change, including through the Climate and Health Equity Fellowship.

The third piece is raising civic engagement and awareness around the issue. We would love to see climate change as an issue that is discussed by all candidates for office. This is not an issue of politics; this is an issue of science. And so the question isn’t “Is climate change happening?” or “How bad is it going to be?”. Yes, the climate is changing; the impacts are already being felt. What good solutions do people have to offer? What civic discourse can we engage in to come up with the solutions that we need to transition off fossil fuels rapidly?

What are your hopes for the climate health movement in the year ahead?

Patel: What I hope for is that on a local, state, and federal level, we see climate policy passed that recognizes what the health effects are and how many historic injustices there are to address. There’s so much we can do on all three levels. At the local level, we’re seeing more electrification ordinances. More states are moving their portfolios toward renewable energy. And on a federal level, the Farm Bill in particular is going to come up for a vote, and there’s a lot of opportunity to think about climate change in that legislation. Also, the EPA is considering a number of rules, which will be an important place for our advocates to weigh in and provide public comment. When our advocates provide their stories and perspectives as clinicians, it is very powerful to tie together what we’re seeing on the ground with the data to ensure the rules that the EPA is passing best protect health and promote equity.

In one word, how would you describe your outlook on climate action in 2023?

Patel: Energized. When I got involved in 2016, it came from a place of fighting to defend, and now I feel like we are in a moment where there’s so much energy, will, and awareness. So this is the time to really take advantage of this place of opportunity to ensure we are not missing a beat to pass the best policies possible. Because this is our moment, and we can’t let it pass without everyone getting involved for a better future.